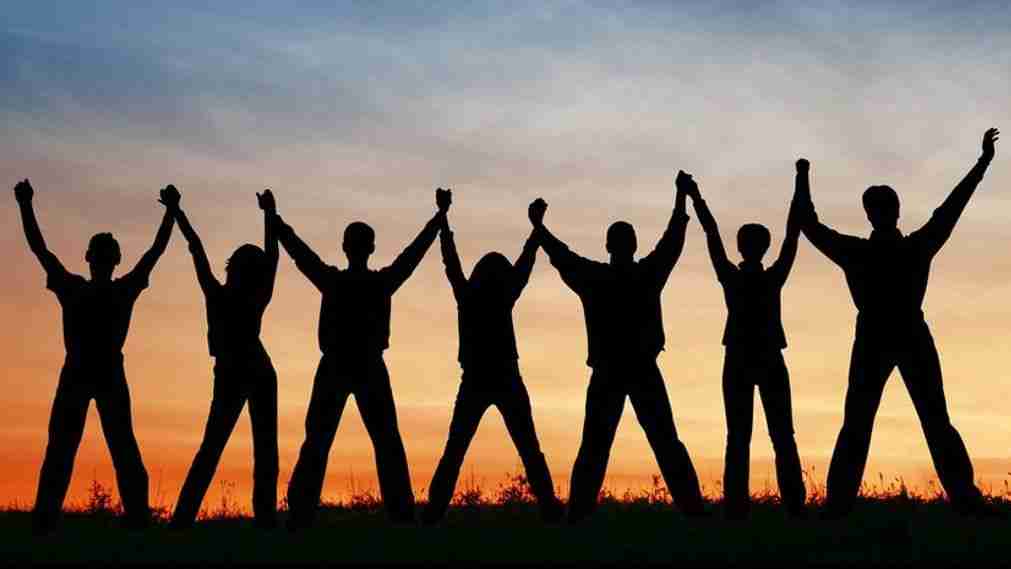 Early in Jesus’ earthly ministry, in his now famous Sermon on the Mount, Jesus blessed the poor, the mourning, the meek, the hungry and thirsty, the merciful, the pure in heart, the peacemakers and those who were being persecuted. (Matthew 5:3-12) He continued his empowering sermon telling them ‘you are the salt of the earth and the light of the world.’ (Matthew 5:13-16) Several months later, Jesus furthered his call to liberty when he made a declaration of profound import:

“Now Jesus returned in the power of the spirit into Galilee. And good reports about him spread throughout all the surrounding country. Also, he began to teach in their synagogues, and he was held in honor by all. He then went to Nazareth, where he had been brought up, and according to his custom on the Sabbath day, he entered the synagogue and stood up to read. So the scroll of the prophet Isaiah was handed to him, and he opened the scroll and found the place where it was written:

“Jehovah’s spirit is upon me, because he anointed me to declare good news to the poor. He sent me to proclaim liberty to the captives and a recovery of sight to the blind, to send the crushed ones away free, to preach Jehovah’s acceptable year.”

“With that he rolled up the scroll, handed it back to the attendant, and sat down; and the eyes of all in the synagogue were intently fixed on him. Then he began to say to them: “Today this scripture that you just heard is fulfilled.”
– Luke 4:14-21

Yes, that day in the 1st century, Jesus declared the spiritual independence of the poor, the captives, the blind, and the crushed ones. He proclaimed good news and divine favor for all who had been misused and abused by religious authority. And he began a ministry of empowerment unlike anything the religious world had known up to that time.

Jesus’ liberating teachings brought him in direct conflict with the religious leaders of his day who basked in their self-proclaimed superiority. He once said:

“The scribes and the Pharisees have seated themselves in the seat of Moses. Therefore, all the things they tell you, do and observe, but do not do according to their deeds, for they say but they do not practice what they say. They bind up heavy loads and put them on the shoulders of men, but they themselves are not willing to budge them with their finger. All the works they do, they do to be seen by men, for they broaden the scripture-containing cases that they wear as safeguards and lengthen the fringes of their garments. They like the most prominent place at evening meals and the front seats in the synagogues and the greetings in the marketplaces and to be called Rabbi by men.”
– Matthew 23:2-7

And in the very presence of these same religious leaders, Jesus went on to tell his disciples:

“But you, do not you be called Rabbi, for one is your Teacher, and all of you are brothers. Moreover, do not call anyone your father on earth, for one is your Father, the heavenly One. Neither be called leaders, for your Leader is one, the Christ.”
– Matthew 23:8-10

So how is it that we have allowed ourselves to return to elementary doctrines of class distinctions that demoralize and imprison the disciples of Christ? How have Christians allowed themselves to return to the servitude of men who dare ‘sit in Moses’ seat’ as if God is speaking directly through them? How is it that full grown men and women will freely relinquish their God given freedom of thought, their God given ability to critically analyze a matter, their God given freedom to act independent of ecclesiastical sanction? By abdicating the freedom that Christ delivered, the believer has lazily contributed to man dominating man to his injury? (Ecclesiastes 8:9) The time has surely come for us to accept Jesus’ declaration of spiritual independence from the control of oppressive religious leaders and stand as the ‘salt of the earth and the light of the world!’

Jesus’ gift of the Spirit of Truth lights the way and guides us to spiritual independence. (John 16:13) Consequently, no one who is led by spirit can be made a victim of spiritual domination or abuse. Those days are long gone:

“In fact, to this day whenever Moses is read, a veil lies upon their hearts. But when one turns to Jehovah, the veil is taken away. Now Jehovah is the Spirit, and where the spirit of Jehovah is, there is freedom. And all of us, while we with unveiled faces reflect like mirrors the glory of Jehovah, are transformed into the same image from one degree of glory to another, exactly as it is done by Jehovah the Spirit.”
– 2 Corinthians 3:15-18

Unfortunately, abuse is an insidious practice. We call it insidious because many victims of abuse are not even aware of it! They know something is not right, but they cannot put their finger on it. Abusers convince their victims that all will be better if they will only listen and obey the abuser. We see this in physical abuse, emotional abuse, sexual abuse, child abuse, spousal abuse, elder abuse, and yes, spiritual abuse. Abusers want control and unquestioned obedience so they can more easily take advantage of their victims. Sadly, in many cases, the victim has a complete blind spot and simply cannot see that they are being abused, misused and controlled.

There are several books written about spiritual, religious and authoritarian abuse which itemize various ways churches and religious authorities abuse their members. Not all of the factors apply to all abusive organizations, but here are a few that seem to apply across the board:

Do any of these characteristics sound familiar? For example: Are you required to give unquestioned obedience to those taking the lead in your group? What would happen if you openly questioned or expressed disagreement with the teachings? Would your question be viewed as fair criticism or would you be viewed as a troublemaker or an apostate? What would happen if you read material that criticized the teachings of your group? Would you have to do it in secret? If others knew, would you be chastised or disciplined? What would happen if you decided you no longer wanted to be a part of the group? Would they say to you ‘go in peace’ or would you be called names, labeled an apostate, shunned? Do you have the freedom to follow Paul’s counsel:

“Keep testing whether you are in the faith; keep proving what you yourselves are. Or do you not recognize that Jesus Christ is in union with you? Unless you are disapproved.”
– 2 Corinthians 13:5

If you cannot freely examine, question and test ‘whether you are in the faith,’ you are being unduly controlled, you are not experiencing spiritual freedom and you are not enjoying the spiritual independence Jesus gave his life for.

From the outside it is easy to see spiritual abuse. But it is not always easy for those in an abusive relationship to see it. But questions such as those presented above will significantly help in testing whether a certain religious association is in harmony with Jesus’ teachings or still under the veil of the ‘old wine’ of religious authority. (2 Corinthians 3:15-17)

If you discover that the group you are associated with has oppressive and/or abusive practices, what should you do? If you were able to be in direct conference with Jesus, what do you think he would tell you to do? Clearly, it is time to emancipate yourself! It is time to accept your spiritual freedom from man-rule or clergy-rule, and declare your spiritual independence. Let it be known to all that you ‘obey God as ruler rather than man’ (Acts 5:29) and then be about the Father’s business!

“Be as free people, using your freedom, not as a cover for doing wrong, but as slaves of God. Honor men of all sorts, have love for the whole association of brothers, be in fear of God, honor the king.”
– 1 Peter 2:16-17

And as Paul counseled:

“You were called to freedom, brothers; only do not use this freedom as an opportunity to pursue fleshly desires, but through love slave for one another. For the entire Law has been fulfilled in one commandment, namely: “You must love your neighbor as yourself.” If, though, you keep on biting and devouring one another, look out that you do not get annihilated by one another.”
– Galatians 5:13-15

Neither is spiritual independence absolute. It is contingent upon justice, intelligence, maturity and fairness. It is liberty, not license. We can serve God without fear of men, but we must also recognize our divine obligations to one another. Have self-respect; but not self-admiration. Serve your neighbors and your brothers, looking out for their best interests; but do not exploit them for your own advantage or attempt to exercise unjust power. (Philippians 2:3-4; 1 Corinthians 10:24) Do not accept your own independence and then imprison your brother. (Matthew 18:21-35) Remember, the sheep belong to Jesus, not to men. It is not our kingdom, we are just its ambassadors.

We share these thoughts to encourage our brothers and sisters to accept what Jesus fought hard to deliver to us – spiritual freedom, liberty and independence. Instead of looking to men for guidance and approval, look to the spirit. The Spirit of Truth coupled with the Father’s indwelling Spirit will bear witness with you as to whether you are experiencing spiritual independence or are suffering from spiritual abuse.

And if you discover to your shock that you have somehow fallen victim to spiritual abuse, do something about it immediately so that you can protect your eternal future and not be led into the pit. (Matthew 15:14) Spiritual independence is both a gift and a responsibility. But the rewards are self-respect and dignity now, and in the future, eternal life. Let no man disqualify you, cheat you, or deprive you of the prize. (Colossians 2:18)