"Insight" into the Earthly Resurrection 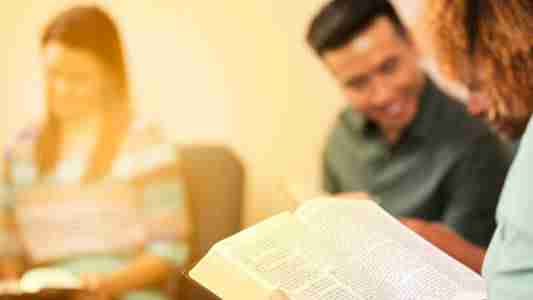 Increasingly many brothers and sisters have accepted their sonship with God among Jehovah’s Witnesses and have become members of the body of Christ and recipients of the heavenly invitation. They have transitioned from the manmade doctrine of eternal life on a paradise earth where one is simply a friend of God to the well-defined teachings of Jesus’ promise to prepare a place for them in heaven as sons of God. However, not nearly enough of our brothers and sisters have developed the spiritual insight to free themselves from the bondage of slaves of God to the “freedom of the sons of God” with a heavenly future.

Recently a faith son asked me where in the Bible does it clearly reveal a resurrection to eternal life on a paradise earth?  As I sat momentarily scanning my memory of all the places in scripture that describe paradise-like conditions on earth, not a single one of them spoke of a person being resurrected from death to eternal life on earth! Notwithstanding that I have accepted my own sonship and eagerly look forward to a resurrection to heavenly life, this exercise astounded me.  So I took out the book “Insight on the Scriptures” published by the Watchtower Society and read the exhaustive section titled “Resurrection,” along with the scriptures in support of the statements made therein. The subsection titled “Earthly Resurrection” makes a number of assumptions regarding resurrection. What one will discover from reading that subsection is that the assumptions are bereft of solid scriptural support. I did not find one scripture that directly spoke of a person being resurrected to eternal life on a paradise earth. Not one! Examine it for yourself.

If Jesus Christ had not come to earth to personally provide for us an expanded revelation of God’s eternal purpose for mankind, a person might be justified in making assumptions regarding a resurrection to everlasting life on earth. But with such clear unambiguous statements of the Master about heaven and the reward his faithful followers would receive by inheriting the Kingdom of Heaven, there simply is no reason to be guided by assumptions regarding our eternal future.

Unlike the difficulty of being able to find an explicit text that discusses a resurrection to eternal life on a paradise earth, the scriptures are replete with clear unambiguous statements regarding individuals being resurrected to heaven.  Here are just a few:

Many more scriptures could have been included, but the foregoing illustrates the point that the Bible explicitly talks about a resurrection to heavenly life, but is silent on the idea of a resurrection to eternal life on a paradise earth.

This knowledge is what non-witness Christians have captured and understood correctly over the past centuries. If what the Watchtower Society says is true, that these millions of Christians over the past two thousand years who clung to these words of Jesus, and punctuated by the apostle Paul, were nothing more than self-delusions, then what a horrible deception both Christ Jesus and Jehovah God would have perpetrated on the human family! If indeed this doctrine of only 144,000 persons in all human history are invited to be with Christ and our heavenly Father, of which only a few thousand remain among those associated with the Watchtower organization, then, in fact, the Father has handed his sons “a serpent instead of a fish” and “instead of an egg has handed him a scorpion.” (Luke 11:10-13) Of course, such an idea is wholly appalling to any God-conscious Christian!

All of us who are faith sons of God and brothers of Christ, who know the truth about the future destiny all faithful ones, must do all we can to correct and readjust our brothers who have lost sight of Jesus message and failed to capture the real good news of the Kingdom.  May the Spirit of Truth be with you.

For a further discussion see: The Cherished Earthly Hope, The Destiny of Man and The Promised Resurrection.